There is one thing that beginning piano players, who are playing in a band, leading worship, etc, have an intense fear of…

You probably have an idea of what it is…

The thing that strikes fear into most every new piano player, is the dreaded question,

“Hey, do you think we could switch this song from the Key of C to the Key of B?”

I see it happen ALL THE TIME.

Only to be taken back by that incredibly awful question written above :)

Do you know why this question causes so much anxiety or fear?

It’s not that the Key of B is SO much harder to play in than the Key of C.

Quite honestly, someone could ask,

“Hey, let’s move this song from C to G” (which G, like C, is another very easy key to play in)

And it would still cause confusion and fear.

Which leads back to the question a few lines ago…

Why all the fear around this question?

This need to, at times, move the Key of the song around based on a singer’s voice, etc.

The reason is because most people are not prepared to handle and accommodate this type of request.

Most tutorials - even teachers - may teach their students some chords and may even go deep into some theory.

But, when they’re actually going to learn a worship song, most students are taught to MIMIC what’s being played.

They’re taught to do exactly as they’re told or shown.

If all you’re trying to do is simply mimic what someone else has done, there’s really no TEACHING going on there, so it can move pretty fast.

However, the problem here is that students who learn this way, never understand the WHY!

And the WHY is exactly the piece of info, which makes requests like the one above, no big deal!

I’ve had several students come with me to North Point Community Church here in Atlanta to rehearse with the band playing that Sunday, in order to get experience playing in a live worship setting and to do so in a safe environment.

Just about every time, the student learned to play the songs in the worship set very well…

But, when they got to rehearsal, one of the song’s keys needed to be changed.
And ON A DIME, the student needed to be able to shift everything they knew of the song from the key they learned it in, to a completely separate key!

And you know what? These students were able to do it!!

Sure, there may have been a little anxiety due to a last minute change.

But, they were able to make the move - transposing the song to a whole new key in a matter of seconds.

So, how does someone get to that point?

How is someone able to get to the point where they are able to transpose easily and effectively when presented with the need?

The Nashville Number System is a concept in music (that you will learn in our tutorial here today) that allows you to view music in a whole new way.

You are able to view the chords that you’re playing as relative to any and every key in music.

One of my good friends, Daniel Carson (who is the lead guitar player for Chris Tomlin), says,  “The Nashville Number System is like BREATHING for our band.”

Why would he say that?

Because anyone who is playing modern music in a band scenario MUST understand this in order to properly and effectively:

1. Communicate with other band members
2. Learn new songs
3. Transpose music on the fly

Basically, any and every need that would/could arise in band scenario.

Like I said earlier, we’re going to walk through this concept in our tutorial today of “Bigger Than I Thought”.

I’m going to teach you the foundations of the number system as it relates to the Key of C!

So, if you’re ready to learn this one thing that can prepare you better than anything else to play in a live scenario, click the link on the video above and we’ll get started!

Stay connected with news and updates!

Join our mailing list to receive the latest news and updates from our team.
Don't worry, your information will not be shared.

Register for my FREE Workshop on Guitar or Piano

how do i transpose music

how to play cornerstone hillsong on piano

how to play cornerstone on piano

how to play guitar

how to transpose on piano 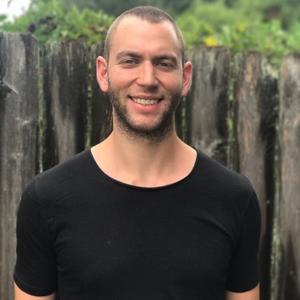